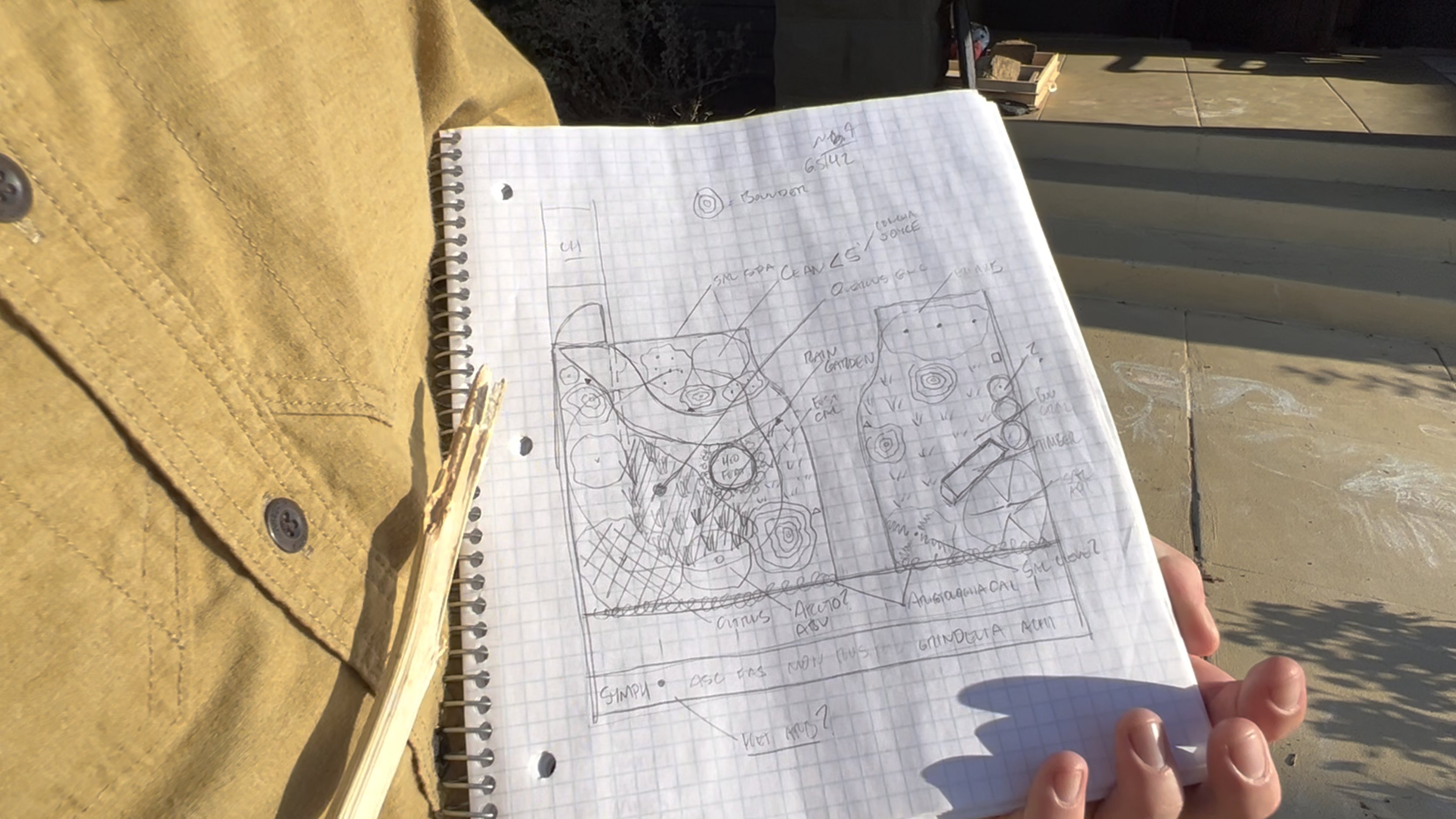 One of the top questions we receive here at Theodore Payne Foundation is “Who should I hire to make my garden a reality?” I am here to tell you that I am in a similar position: I am ready to start my own home garden, but who do I hire? I decided to take this opportunity to test out our new job board, a free service that connects the public with landscape professionals.

The Backstory: My family moved into our new home about a year ago and we were especially excited about the landscape potential. After ripping out the usual mish-mash of desert and subtropical flora that graces so many SoCal homes, we planted a micro-farm with wildflowers as a placeholder while we sketched out our vision for the future.

Making the Vision a Reality: Now that the veggies and wildflowers are done for the season, we’re ready to install a native plant garden. And we need to hire someone to help make this a reality! Could you be the perfect collaborator for this project? What I bring to the table is an evolving vision, horticultural knowledge, and a loose design for our 800-square-foot front yard in the historic West Adams district of Los Angeles. We are looking for someone who can help finalize the design through a collaborative process and install the garden. We are looking for the installer to supply all hardscape and irrigation materials as well as the labor required to prepare and install the landscape. I would provide the plant material and pay for its installation. The yard is south facing, flat, and the soil is a beautiful sandy loam (a soil report can be provided to installer for reference). Some features we are looking for include a rain garden/swale (gutters were installed last year), an irrigation system, installation of medium size boulders and timbers for play, a small section of native lawn alternative, and a design that creates bird habitat. We want the garden to be an extension of our home and a place for the kids to play and enjoy summer afternoons.

I have been gardening and growing plants for 15 years, and feel that the best gardens always come from collaborative pursuits where varying perspectives receive their due inclusion and our vision is grounded in reality. I think I actually will make a decent client for someone out there because I understand the process of landscaping and the pacing—things don’t happen overnight!

For anyone reading this blog that may need help with a project, I encourage you to post your job here! For those of you who are PEP members interested in applying for this or other jobs related to landscaping, check out the job board listings where I have posted this opportunity. Finding a gardener shouldn’t be that hard, and we are here to help connect those in need with those who have the skills to make gardens a reality.

Ready to post your job? Check out the Job Description Writing Guide to get the best results in your search.

See you on the Job Board!